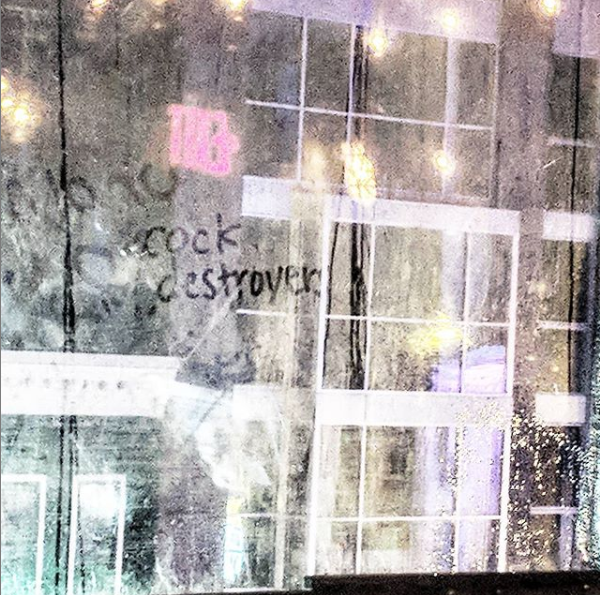 Last week, unidentified agents stormed into Portland, demonstrating the wrath and power of the federal government on non-violent objectors to the status quo. The Trump Administration has since escalated this assault for no satisfying legal reason. Secretary of Homeland Security Chad Wolf has stated that his troopers “will not retreat,” as if he over-committed to attacking a well-fortified Australia in a drunken game of Risk. The Deputy Secretary, failed VA politician Ken Fettuccine, has taken to openly antagonizing protesters and seemingly made it his priority to squeeze out propaganda for the cheap seats. Meanwhile, Trump continues to posture himself against the protesters, actively spreading disinformation to shake up a status quo that just isn’t working for his government or reelection prospects.

These actions should be nothing short of alarming for anyone concerned about democracy, freedom of speech, or the right to assembly. Sidebar: I’m not going to get into the specific moral arguments of why this is all bad here – frankly I’m assuming it’s obvious; but I recommend this article by Charles Pierce, or this article by Quinta Jurecic and Benjamin Wittes if you are interested in investigating the clear moral and legal dangers of these actions.

End sidebar. Ok, but how do we make sense of this? Well, in the short game this is a pretty transparent gambit to distract from the host of actual problems facing the country at this moment: the COVID nightmare, an economy spiraling into Depression, decades of race-based oppression coming to a head, and a political context that has plunged the Trump White House into pointless political existence. Hopefully this all ends in November, and we can go back to being exploited by the nice capitalists again.

But on an ideological level, what we are facing here is textbook fascism. This is not an audacious or novel declaration. Trump has been proto-fascist from the start, as have his biggest accomplices – the modern Republican Party. Although American leaders have flirted with fascism in the past (most certainly abroad), we’ve never truly moved past the “yea but..” stage of rationalizing Fascist existence in the US. But at this point, it’s really become unavoidable – denying that what we are seeing as textbook fascism requires a dangerous level of “it can’t happen here” American exceptionalism.

Ok, so there is a latent fascist movement growing in power and range of action in the United States, and the leader of our government just so happens to be its figurehead. What now?

I’m not one to just drop these hard truths and sit smug in sad boy pity about how bad everything is like some emo banger. It’s a lot to fully grasp the terror of accepting that there is an extant, emboldened fascist movement entrenched deep in our social and political system, and so I think many (including myself) tend to look for ways to deny this. I mean, how do you just go back to the rest of your life when you fully process this information? When storm-troopers are abducting comrades off the street, how could I possible go back to button mashing on Smash Brothers, return to chatting up my roommates about pop-punk while making tiramisu, or stare dead-stoned into a Seinfeld rerun?

I think many of us take this information, note the gravity of it, and try to assign the responsibility of fighting our ideological nemesis to someone or something else. “I mean sure, I hate fascists, but I’m just a cashier, isn’t this, like, Joe Biden’s job?”

I’m not pointing fingers – I do the same thing; but I’ve been actively trying to edge more into the Thunderdome, and that means trying to assume some responsibility for cleaning up this mess. All said, I can’t say that I have some playbook for really dealing with this. Unfortunately, I’m a bit too honest to hawk some fake playbook and call it The Secret.

But if you are looking for some cheap and easy answers, you’ll find no shortage of Very Serious Democrats or cringy #resistance Twitter celebs hawking their version of the “Trump is dangerous and here’s how to stop it!” take. Madeline Albright’s Fascism: A Warning is one of my favorite pointless and tone-deaf guides for understanding modern fascism; but I’ve recently summoned quite the hate boner for David Plouffe’s pointless and meandering A Citizen’s Guide to Beating Donald Trump. Even on the left, we are getting our share of “infomercial socialists” transforming performative radicalism into pretty pennies. If we are looking for a cheap distraction that lets you tell yourself that someone is handling this and that an answer does exist – you have many flavors to choose from.

But if you find yourself willing to dedicate some part of your life to seriously fighting fascism, you will likely find what most have already found in participating in the struggle: there is no pilot. There are no easy answers, no Buzzfeed listicles that show us 10 Simple Steps for Fighting Fascism, no cheap labor to offshore this problem to. Committed leftists have been trying for over a hundred years to nail down how to fight fascism, all to limited avail. The only thing we really know about fascism is how to fight it – which is with a vast and wide mass movement of commoners, not social media influencers or snazzy politicians, who are willing to commit to the hard work of beating it back to the sewer. This means that the best way to fight fascism is to find allies and dedicate some part of your life to fighting it and understanding what it is.

Ok, but how do you actually do that? The place to start is just making an effort to grasp what exactly fascism looks and feels like, and spreading that awareness to as many people as possible. Being able to uncover fascism – not when it is at the peak of its power but when it is starting to sprout – is incredibly valuable, and may be the most resilient strategy for containing the spread of this awful disease.

But what is fascism? You could go through Grasmci’s files if you have the time (and truly nothing better to do). But in my opinion, the most compelling and accessible guide on how to understand fascism comes from Italian writer Umberto Eco in “Ur-Fascism.” It is a basic essay (certainly no longer than about an hour’s read) written in direct prose with occasional flourishes of pomp and beauty – similar to some of the best Orwell essays. Umberto asks us not to consider fascism as obvious; in fact, he argues it is opaque and rather difficult to clearly identify. Crucially, Umberto notes that fascism is a “way of thinking and feeling, a group of cultural habits, of obscure instincts and unfathomable drives” that will eventually, if left unchecked, collate into a repressive social system. Umberto goes on to describe the habits and instincts that typify fascism by outlining 14 social qualities which underpin it. I will make another post soon describing these 14 leylines in detail, but if you read anything from Umberto’s “Ur-Fascism,” this is it.

For Umberto, fascism is not a political party or social clique. It is not a specific fashion or flavor. It is a flexible set of self-reinforcing behaviors that, when unchecked, eventually grow into something all encompassing. This is why fascism tends to look so different when observing its existence in different countries and different times, and this is what makes it difficult to battle.

Think about it this way: Nazis are fascists, but not all fascists are Nazis. Fascism is always repressive and always dangerous, but it will always look differently and comes in various degrees of nefarious intent. As Eco puts it, the Nazi’s had a program – a schematic that detailed a political system that would, theoretically, bring their twisted ideology to fruition. But many fascist regimes, such as Mussolini’s Italy or Trump’s America, do not have this level of deep planning (or, they may just not be capable of putting on that sort of show). Even in more capable corporatist regimes, such as Hirohito’s Japan or Fujimori’s Peru, their schemes (while still horrible) were less diabolical than the Nazi plot. Fascism doesn’t always come in the form of death camps and war crimes. Like coronavirus, part of its contagion is that it is not always deadly or even that bad. It spreads quietly among a docile population until it pounces on the most vulnerable.

Thankfully, Trumpish fascism shares more in common with Mussolini’s stage-play than Nazi Germany’s systematic precision or Pinochet’s cold professionalism. Trumpism lacks a finished plot: it begins and ends with the grievance narrative. And so, like Mussolini’s Italy, the series of bad mistakes and inconsistent actions should eventually catch up with Trump’s government and set the movement back. This is apparent in Trump’s use of force in Portland – that the military wants nothing to do with it (he appears to be sending DOJ and DHS forces) suggests how isolated he really is from the full might and force of the US government. We can take some solace in that.

But I am worried about what comes after this. Even if Trump is defeated in the Fall, his sycophants will have accumulated four years of experience in government operation. No matter what a fascist President seems to do, there will always be a base of cowards large enough to prop up an authoritarian’s dominion; a base from which a fascist movement would be capable of building support and spreading its disease. And the compliance of large business structures (Fox News, Goya, the My Pillow Guy, and advertisers unafraid of being associated with right-wing consumption) have demonstrated where right-wing ideology is accepted, outlining where the fascists’ base of support is – critical for refining and building out a political base in the future.

All of this means that the next regime will be battle-tested and experienced; the anti-fascists’ true nightmare is one where the state is effective and energized, capable of carrying out its demands in ways that successfully sedate the media, privatize the government, and obliterate dissent without incurring government collapse. Will we be so lucky next time?

So the best strategy for stopping fascism might be stopping it early and often. Because fascism is a series of social and cultural habits, the potential for it always lurks in the shadow of society and feeds on turmoil. Attempting to influence both the political and cultural zeitgeist may be the best ways for laypeople to really stop fascism from spreading across our society. This makes talking to and educating people about fascism the easiest, most cost-effective, time-sensitive way to defeat it.

But again, there is no punch-card in determining if something is or isn’t fascist. The most important component of effective anti-fascism is critical thinking and personal intuition. Trust yourself, your friends, and your allies. Work together with others to find paths to stop this. If anti-fascism is anything, it is love and camaraderie. Anti-fascism is diversity, and anti-fascism is feminine. Anti-fascism is that natural bond between humans, I think, that economic and political systems tend to suffocate. So if facing fascism is scary, maybe there is solace in knowing that anti-fascism may be one of the most rewarding, most human, most gratifying things you can do.