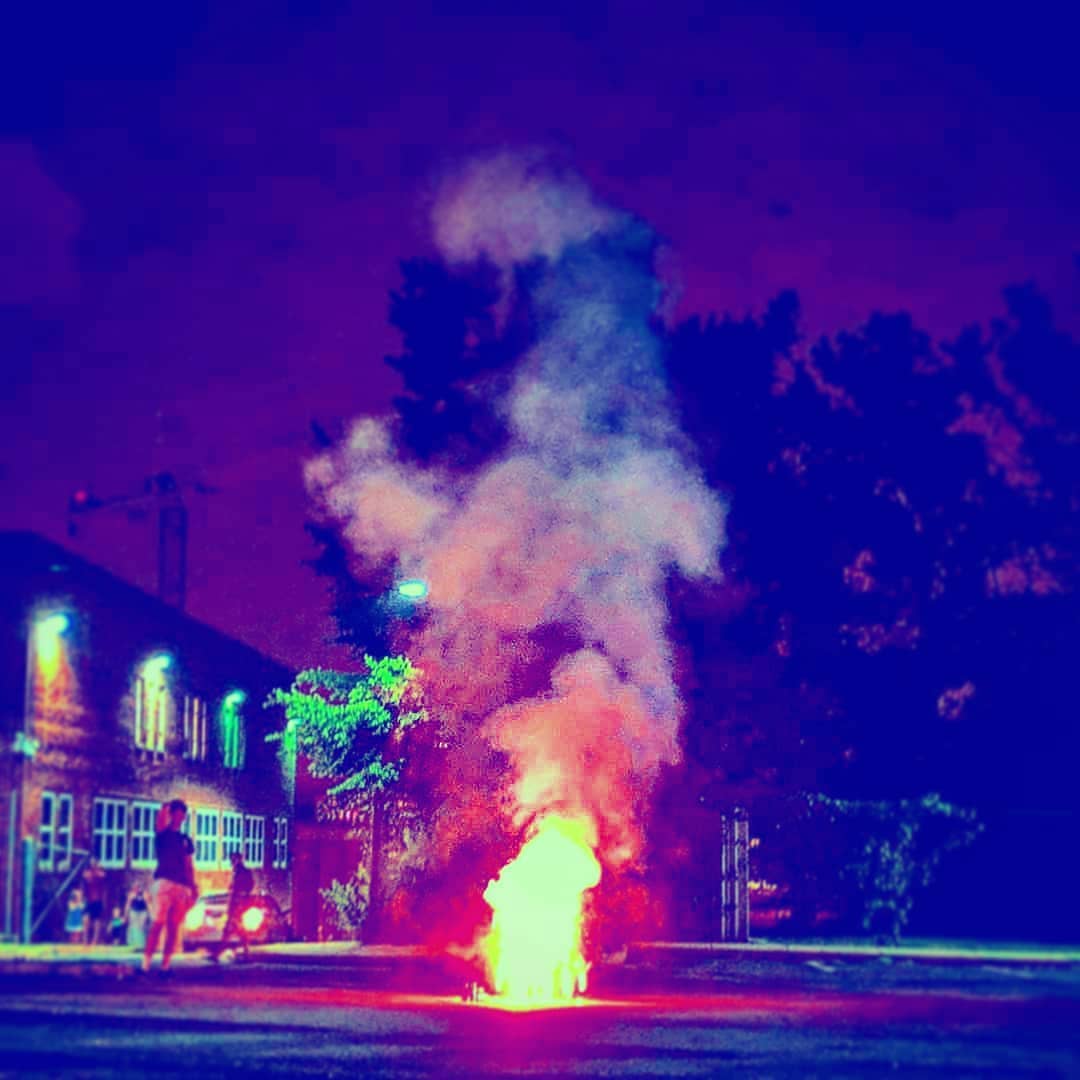 There is an active coup happening within the United States government. The goal is to overturn the clear results of the 2020 election in order to reinstate Donald Trump for a second-term as President. But short of achieving that, the attempt alone could sow enough confusion both in Washington and across the country to shake the public’s faith in America’s electoral system. This would delegitimize Joe Biden’s ascendant presidency and handicap his Administration from accomplishing anything significant over the next four years.

I don’t think this coup will achieve its primary objective in reinstating Donald Trump. But I take no comfort in the reasoning that “there are systems in place” to prevent a coup from happening here – which is what every democratic government that has ever been dethroned said before they were swarmed and replaced by a despot. And regardless, in letting this coup ride out this long, Republicans have already succeeded in achieving their secondary objective: if there was some temporary surge of faith in the Democratic Party after seeing Joe Biden beat Trump in the general election, those good vibes have all but evaporated within the span of a week.

This is because Democrats have been too busy chugging champagne and insulting their most ardent boosters to properly mobilize against this coup. In the last few days progressive, socialist and activist leaders have been publicly delegitimized by corporatists within the Democratic Party. We’ve seen Warren, AOC, Bernie Sanders, and the demands of activists openly mocked or delegitimized as fringe and unsupportable. This all comes even after it was that very base of support that was shown to have rallied Joe Biden’s victories in the first place.

As Joe Biden calls for “unity,” right-wing cynics who contributed nothing to Biden’s win, parade around television demanding the “far left” be sacrificed at the altar of capitalism. All the while, Republican leadership actively courts the discourse of election fraud, further dissolving trust and faith in the democratic process. Democracy – more than our constitution – is the only zeitgeist that really keeps this country bound. Throw that away, and we lose it all. They know what game they’re playing.

Radio silence from Joe Biden and Kamala Harris on these inter-faction battles only dampens hope within the Democrat’s base that Joe and Kamala will be honest brokers capable of acting out the demands asked of street activists, lay-voters, labor organizers and leftists in general. Organizers and lay-democrats have been, for years, pleading for clearer affirmations of support for truly bold, transformational policy.

Instead, we observe only a double-down on the corporatist elements that are so perverse to so many both inside and outside the Party. This is apparent in observing the vague and often contradictory messaging deployed through official channels of the D Party’s leadership following the election. Additionally, Joe Biden’s transition team is too littered with business-elites and conservatives to restore much faith in the Democrat’s left-labor-progressive bloc. All of this sadly confirms a lingering fear held by many reluctant Biden-Harris voters: that under their administration “nothing will fundamentally change.”

The Democrat’s game here, if there is one, is to abate the coup being organized by teasing the potential of a center-right coalition with Democratic centrists. In sacrificing the left, Democrats are offering an olive-branch to Republicans who may be wary of publicly standing up to Trump’s fascism.

This strategy ignores that Republicans have been incapable of negotiating in good-faith since at least the late 90s, that many have found themselves incapable of really challenging Trump and his dominance over the Republican Party, or that boosting an electoral coup by an openly fascist president shouldn’t be recognized as a legitimate alternative in political negotiation. But even if this overture is accepted, we are facing the recreation of a corporate government that will hobble the country’s ability to pursue meaningful action on climate change, wealth inequality or systemic racial injustice. Worse, this tactic only makes it harder for Democrats to confirm their brand as a party of the working people, as it provides further openings for the Republican Party to eat into Democrats working-class base by masquerading as the true avatars of anti-establishment furor. Additionally, it proliferates openings by conservatives and fascists to sow apathy, and thus depress turnout and volunteer engagement among the Democrat’s progressive, young, socialist and activist blocs.

Finally, this blood-letting risks hollowing out all of the good-faith built between street-level organizers and national political groups that arouse during Trump’s regime. Most nationally-based, Democrat-aligned organizations have been timid (if not completely silent) in defending the “progressive” and activist wings of the party. Failure to provide any meaningful evidence that national political organizations are capable of exerting populist, anti-corporate pressure on Democratic leadership only agitates the growing tension between street-level organizers and the Democratic Party as both an electoral machine and political alliance.

This sort of bad blood was on display in DC during the week of the election. Many local groups turned up on the Wednesday, Nov 4, to put pressure on Republican leaders to fully denounced the ongoing coup. However, coalition groups ended up backing out of supporting the protests and demonstrations organizing on the ground, and behind-the-scenes sought to distance themselves from direct-action. So as many local and street-level organizers expended already strained energy and resources to turn out for Democracy, national organizations completely disappeared. This backstab, and its malignant implications, have been excellently summarized by Jane McAlevey in two threads released on Twitter.

These feelings calcified on the Saturday following election day in Washington. Even though turnout at racial justice protests across the city have been waning, much of Washington’s hoi-polloi broke quarantine orders to summon themselves to the streets to prematurely “celebrate” Joe Biden’s victory over Donald Trump. Celebrators spilled champagne and belted “Sweet Caroline” on the same plaza that has been a de-facto war-zone over the past five months; a disturbing and all too obvious metaphor for the way many of the elitist elements of the Democratic Party ignore the material issues raised and battled for by activists and organizers.

For many who had been tear-gassed, pepper sprayed, or brutalized by the police and Trump’s goons over the past few months, these series of events only exacerbate extant contempt for the Democratic Party and the national organizations and electoral outfits associated with it. In the worst case scenario of this whole ordeal – where this coup does get close to seriously impeding Joe Biden’s presidency – who will Democrats and national orgs turn to to challenge Trump’s stay in the White House? When Democrats need to rally grassroots and supporters to organize defiance against Republican meddling, what populations will they inspire? Are the people who treated Black Lives Matter plaza like a sloppy frat-party good to stand-up to Trump’s black shirts? Or will they be too plastered on mimosas to stop the right-wing retrenchment unfurling before our eyes?

Even if the Democrats are able to hold the plot together long enough to eek out a win in Georgia. At worst I fear that a defanged activist wing will allow us to lurch back to the right. And I get sick to my stomach thinking that this may have been the plan all along.

I don’t write any of this to bask in arm-chair smarm. And I certainly don’t say any of this to depress people enthusiastic about change or actively working to build out and safeguard progressive/leftist power in government. I want to be wrong and be shocked, see Trump and his sycophants defeated and Democrats march boldly to address the very big issues that need to be solved. But if there’s some master-plan, I’m not seeing it.

Short of that, small and local organizations need to tighten up and build horizontal – not vertical – alliances with other organizations. Vertical orders, disseminated downward from the Democratic Party, have proven to be unreliable.

And if you are a layperson involved passively with the political process, I hope you can hold out hope that real change is still possible through democracy. What I am afraid of, more than anything, is that many will see what is happening and opt to disengage and disassociate from these nasty parlor tricks all together. We can’t resign to cynicism and inaction – if only because it’s that apathy that breeds fascism and entrenches the systems that we want to rid ourselves of.